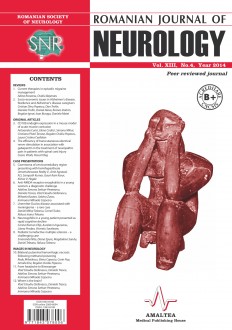 Alzheimer’s Disease (AD) is the most common form of dementia in the old population, carrying a major negative influence upon society and caregivers, as its socio-economic implications are enormous. The devastating impact of AD is also due to the fact that the diagnosis is difficult to be established in an early stage, and in spite of the advances made in medicine, the new symptomatic and disease modifying therapies have still only a mild though promising positive effect. Caregivers are exposed to increased risk of disease themselves, due to the high burden which predisposes them to stress related psychological, behavioral or cognitive disorders. Greater caregiver resilience can predict lower levels of depression. Also a strong external support system was associated with increased resilience. Establishing a pattern for the behavioral and psychological manifestations in dementia can have as direct effect developing better coping strategies in order to reduce stress and the burden of the caregivers.

Some data regarding the economic and social impact of AD, as well as facts and numbers from our local centers will be described in the following pages.